How this summer’s extreme weather is impacting farmers markets’ most iconic crops: heirloom tomatoes, sweet corn and melon, and how Mill City Farmers Market vendor Jeff Nistler has been adapting on the farm for decades.

“It’s like early childhood development,” Jeff Nistler explained as we rode through hazy fields of melons, flowering buckwheat and sweet corn on his Ranger UTV.

“June is normally a cool, cloudy month, and your crop is determined in June.”

Located about 25 miles west of Minneapolis in Maple Plain, Nistler Farms consists of two 60-acre plots that Jeff owns with his parents and sister as well as an additional 30 acres rented from a neighbor. The land has roughly 25 tillable acres and the rest is woods, wetlands and conservation reserve land. It’s the farm that Jeff grew up on and continues to steward with a vision to “give the folks who help and those who buy a connection to the land, a wonder of nature and an appetite for good food.” 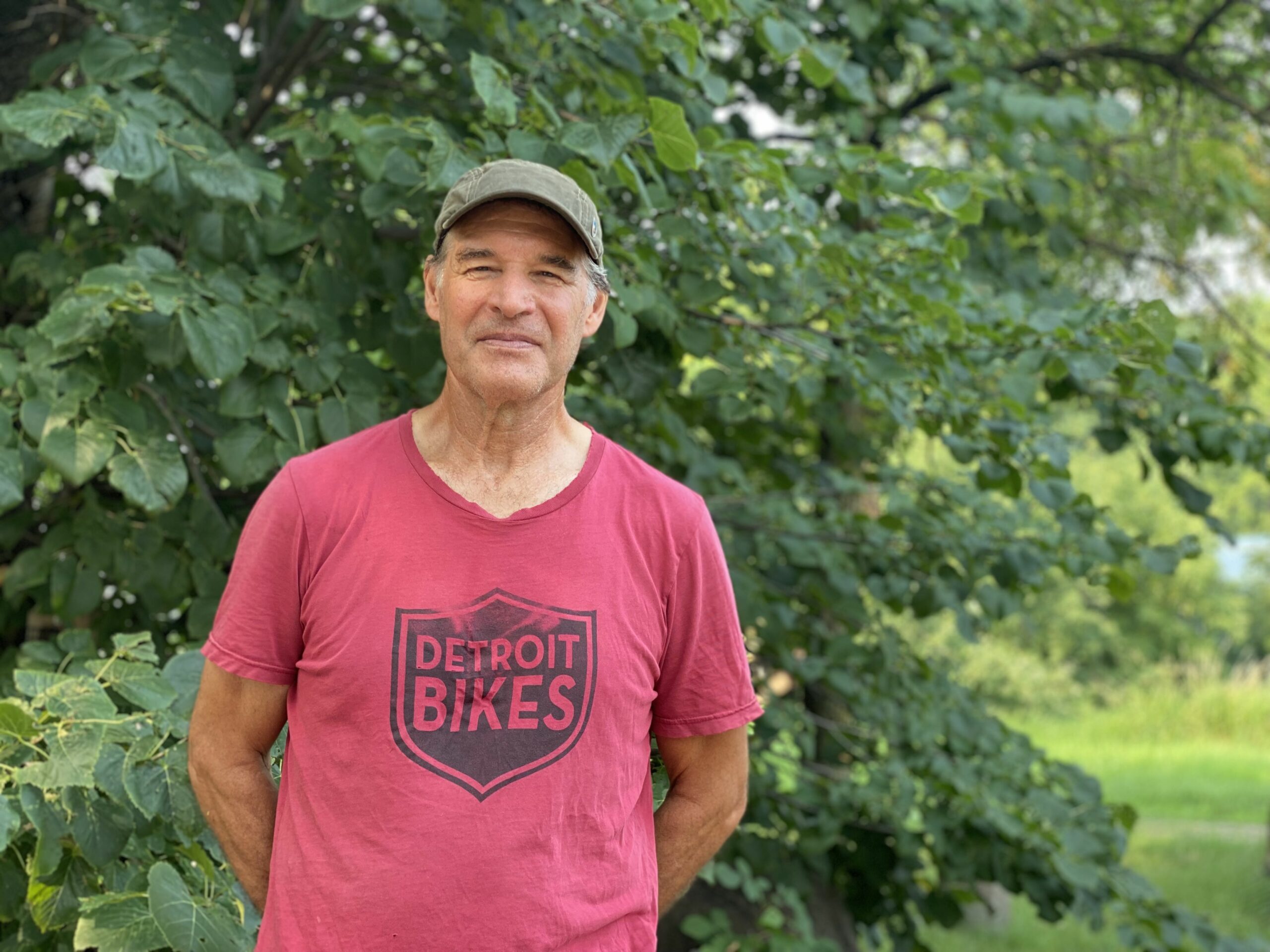 Mill City Farmers Market shoppers will recognize Jeff as the “sweet corn guy” or maybe even the tomato, Christmas tree or bread guy. He has constantly been adapting to stay in-business through the effects of climate change, changes in societal demand and the physical toll inherent to decades of farming.

The first major pivot came in 1989 after a drought season in 1988. At the time, Jeff was raising hogs and farming commodity crops. The drought’s devastating effects on his farm convinced him to begin to diversify and start raising sweet corn and pumpkins. Ten years later, Jeff started to transition away from hogs entirely to the horticulture crops that he is now known for at markets. 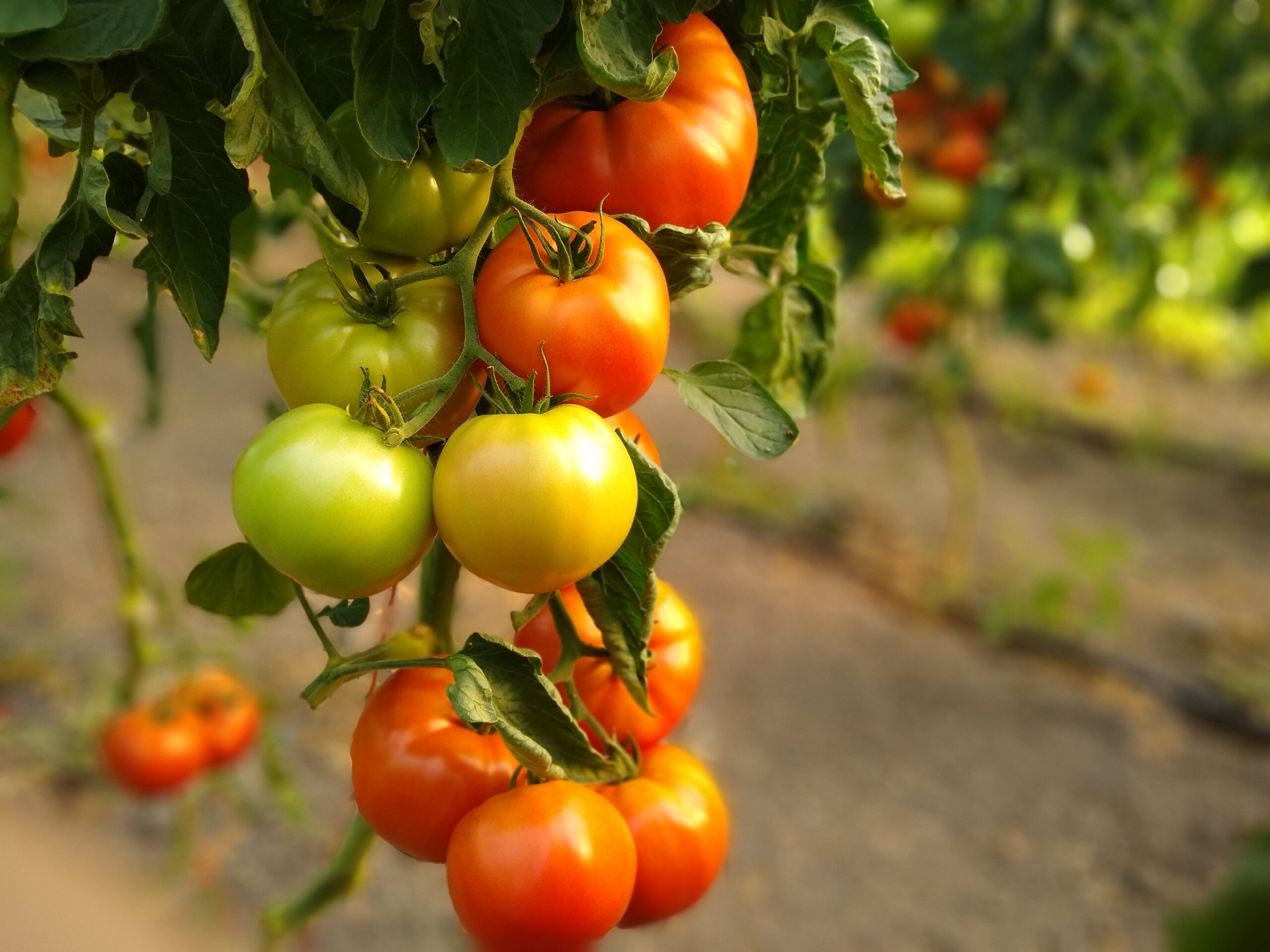 Greenhouse grown tomatoes protected from the elements at Nistler Farms.

The next change was in 2010 when Jeff began farming specialty heirloom crops in greenhouses, which allow more control over elements like temperature and water. Over the years, he has been adding more structures for better production and crop rotation.

With support from Mill City Farmers Market Charitable Fund’s Next Stage Grant Jeff installed his fourth greenhouse this spring. He says that despite this year’s cold spring and dry summer, he is harvesting more tomatoes than a normal season in the greenhouse–over 500 pounds a week. 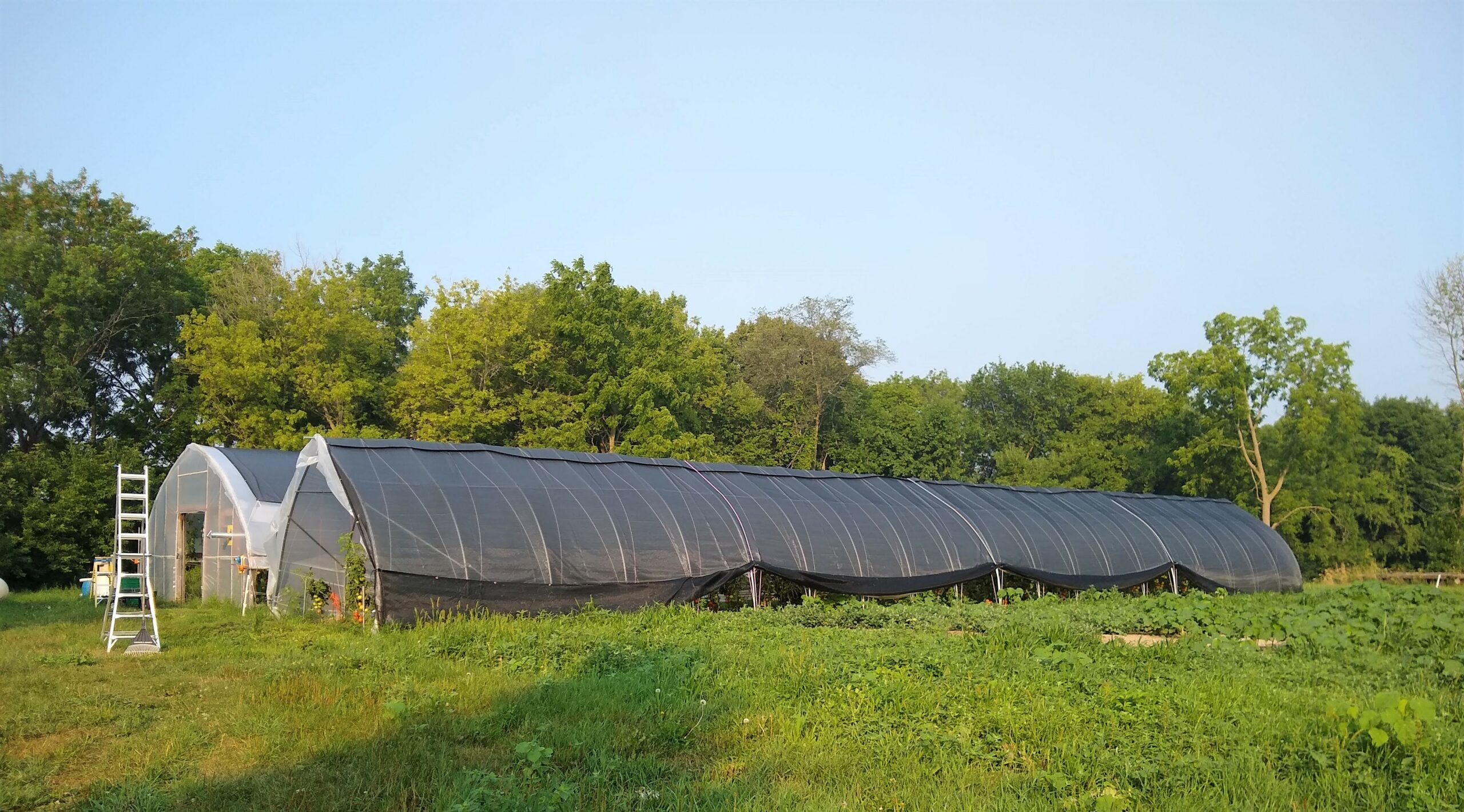 Greenhouses are key for many crops in this hot summer because they allow farmers to use shade cloth that reduces the amount of sunlight and heat beating down on the plants. On the flip side, in a year of flooding, greenhouses let farmers control the amount of moisture their crops receive by blocking heavy rains.

While the tomatoes have been able to thrive under control of the greenhouses, the sweet corn and melons (both greenhouse and field grown) are not faring as well.

Heat and light stress from consistently hot, sunny days leads to plants that are stunted and unable to defend themselves against insects and viruses. Jeff estimates only about half of his sweet corn plantings will be worth harvesting. He reminds us that the varieties we love are unable to compete with the weeds. “Anything bred for sweetness is not as vigorous.” 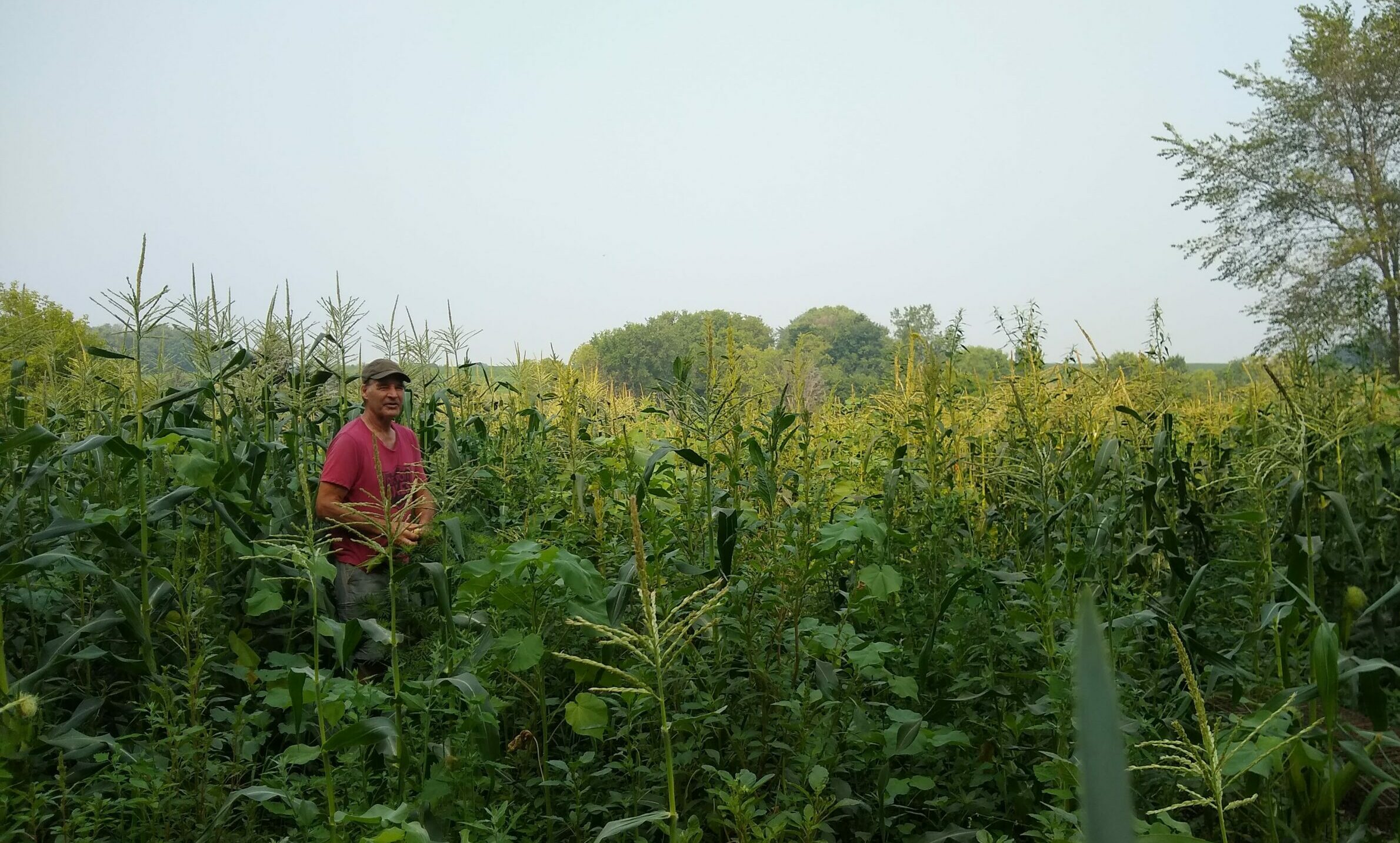 Sweet corn fields are facing weed and insect pressure from relentless heat in June and July.

All this being said, Jeff assures us there will still be melon and sweet corn, just not as much. The ‘Piel de Sapo’ melons are already starting to ripen in the field and the sweet corn harvest for this Saturday, August 7th is enough that Jeff will be making two trips from the farm.

Over the years, Jeff has adjusted his farm in more than just cultivation practices. In 2018, he began baking bread for customers, and now in addition to produce, he sells sourdough loaves, cookies and sweet breads made with his produce and eggs and flour from fellow market vendors Sunshine Harvest Farm and Sunrise Flour Mill. The breads are not only a way to use up rhubarb, tomatoes and winter squash from his farm, but they also are a source of winter income when the fields are covered in snow. 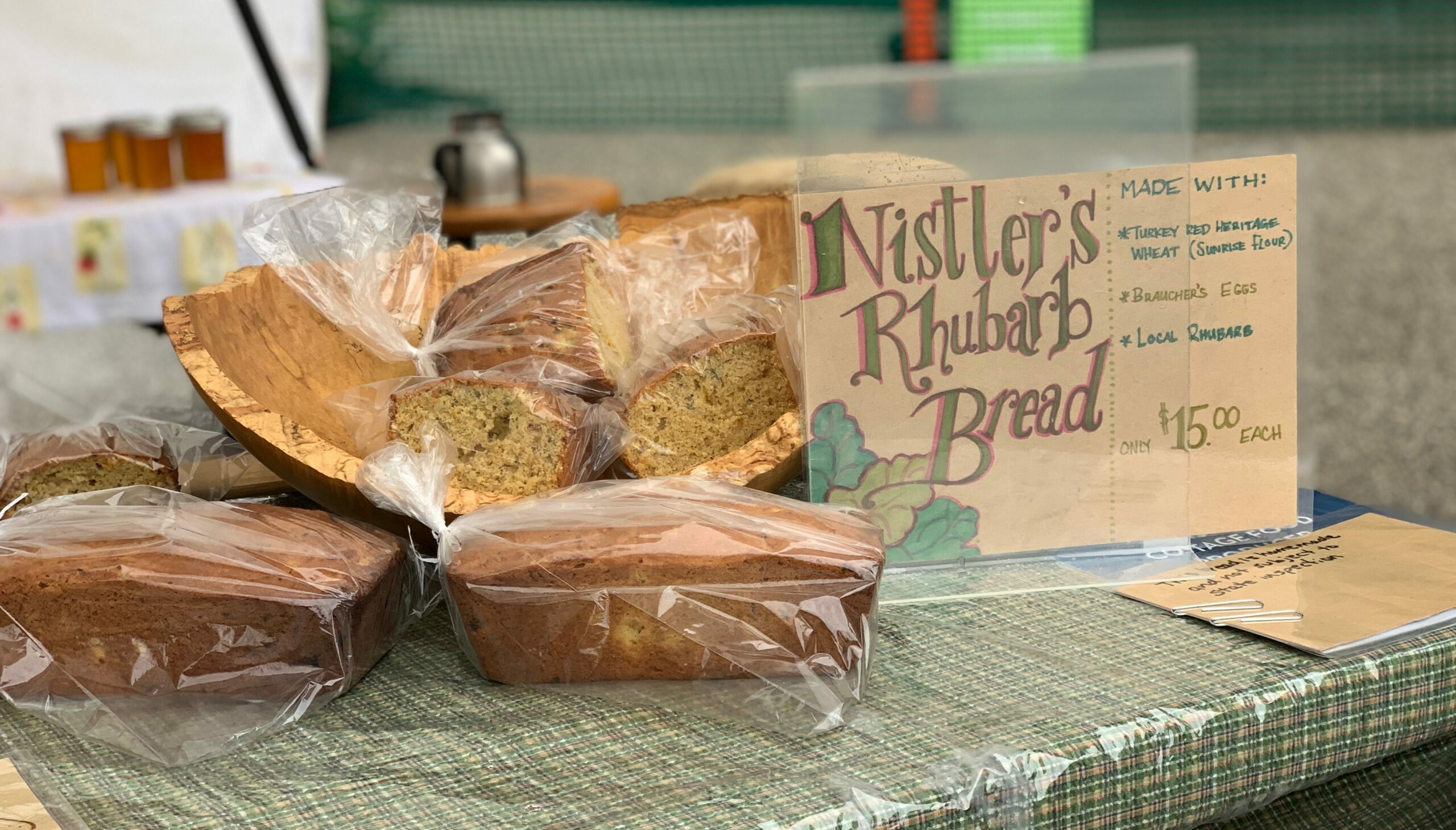 Looking forward, Jeff is continuing to modify his farm. He now plants crops with workload at the top of his mind more than sales and is also supporting the next generation of market vendors through offering a small (but highly productive) plot on his land to an emerging young farmer, owner of Wide Lane Farm.

When we asked Jeff what his next business pivot will be, he laughed and told us, “I’m 62, you know.” 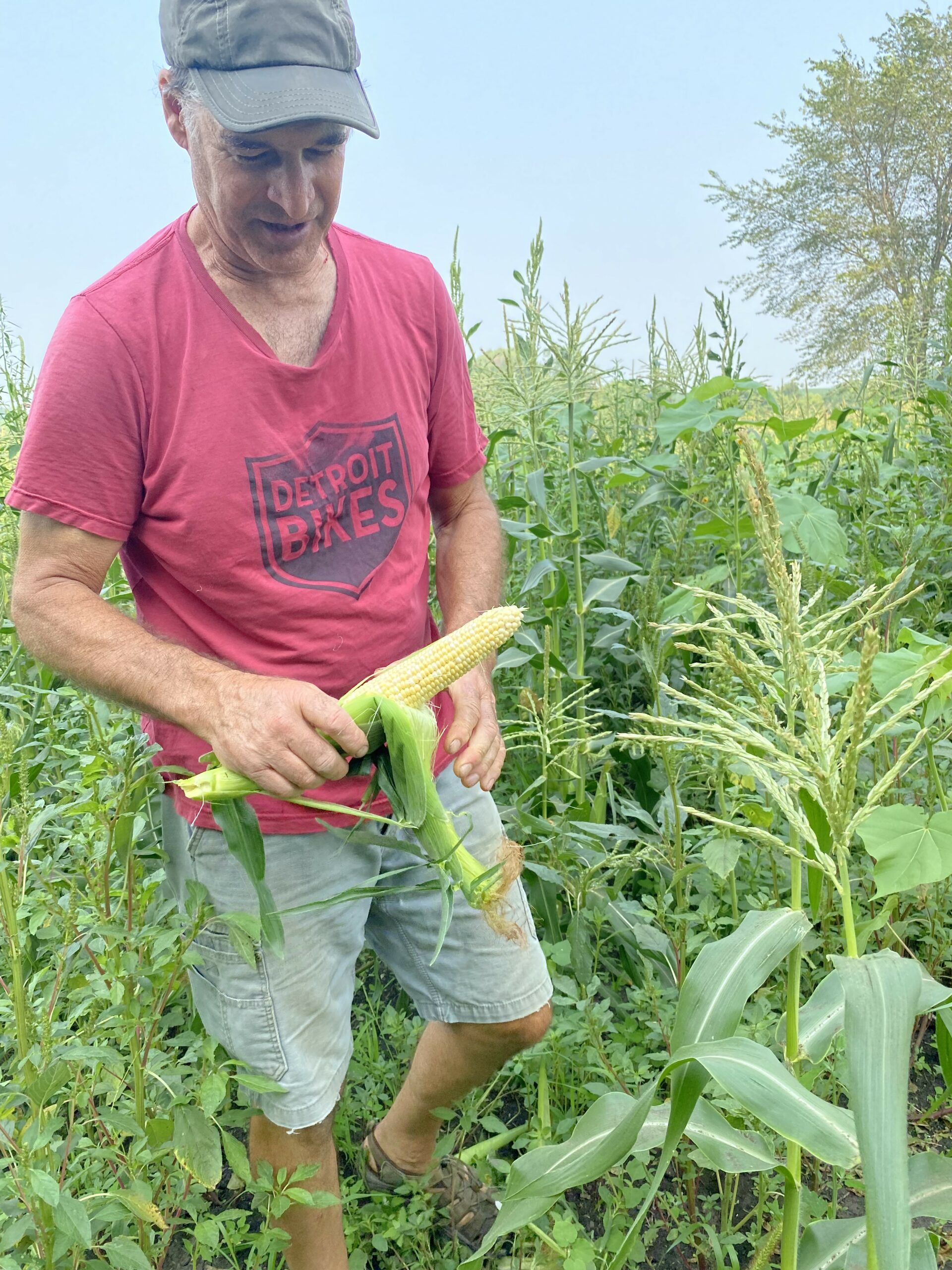 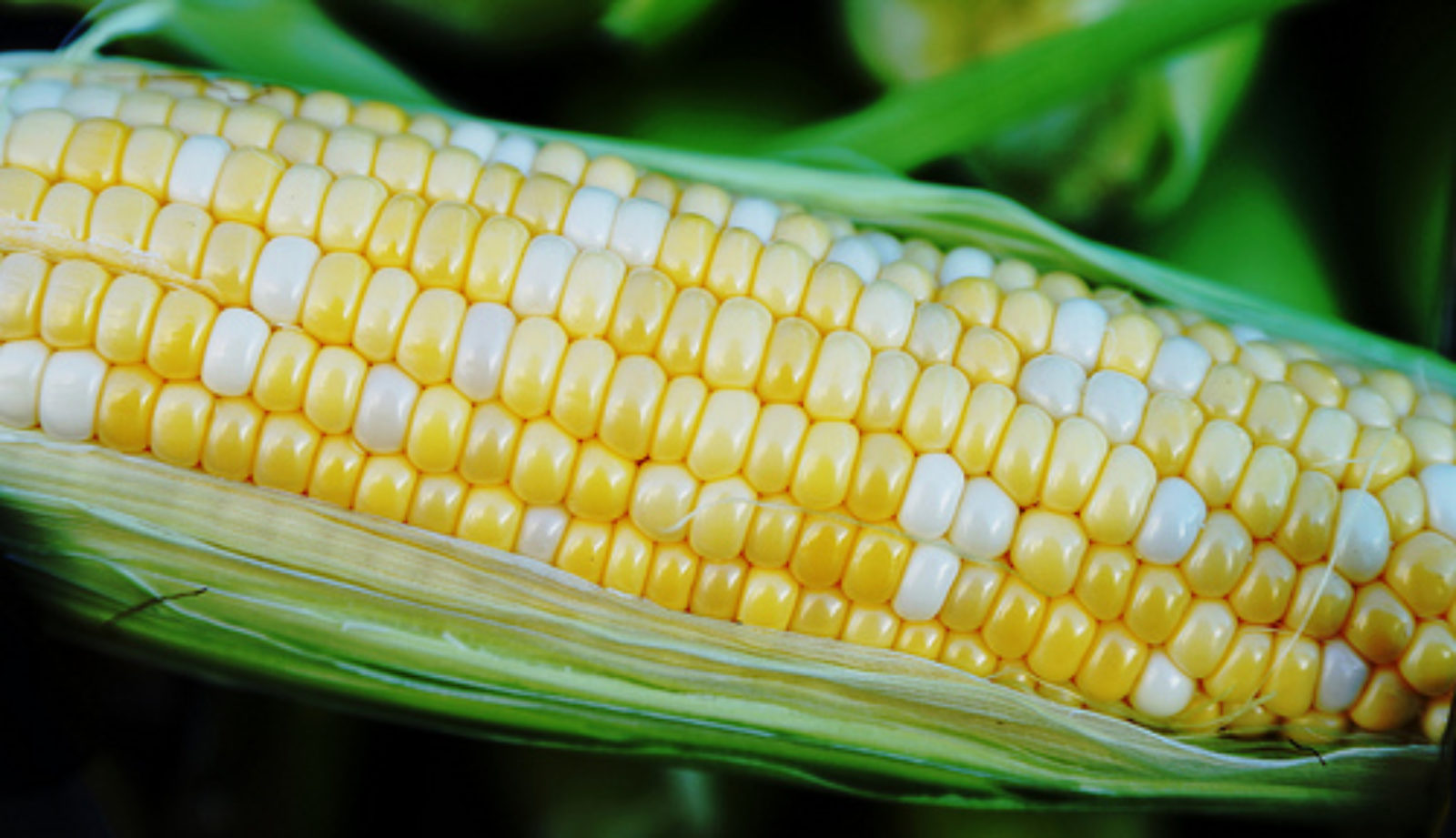 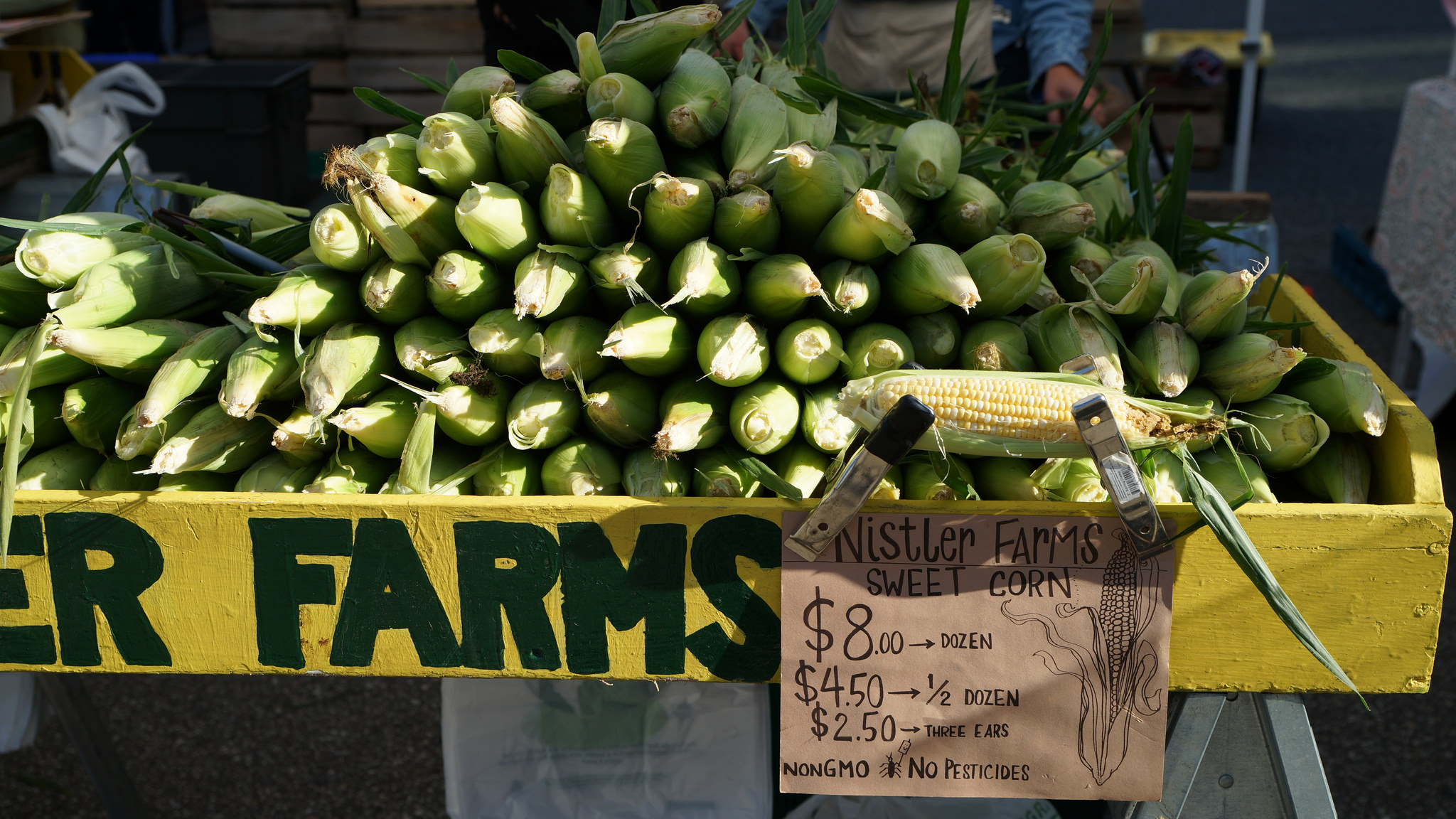