Originally published in The Journal on March 14, 2017.

Learn all about this locally produced artisan pancetta–bacon’s Italian cousin.

Mike Philips started Red Table Meat Co. three years ago, after lots of time traveling the world studying and tasting cured meats from famous salumieres. Where do I sign up, right? Mike, who grew up in a rural farming community, was an award-winning chef and restaurant owner in the Twin Cities for decades, and from his dedication to local and sustainable agriculture rose Red Table Meat Co., located inside the Food Building in Northeast Minneapolis.

Pancetta is one of the award-winning salumis (yes, “salumi” the Italian word for dry-cured pork, that encompasses salami, pancetta, ham and various other mouthwatering treats) that Mike and the rest of the Red Table Meat team bring to the Mill City Farmers Market on Saturdays year-round. Closely related to bacon, pancetta is Italian-style cured pork belly. It is often served thinly sliced as a cold cut or in thick slabs that can be cubed and used to replace oil or butter in soups, pasta sauces, salads and risotto. Unlike its famous cousin bacon, pancetta isn’t smoked. It’s cured with salt, spices and other aromatics. Mike creates his pancetta from sustainably raised heritage-breed hogs from Minnesota, which he buys whole and butchers. The resulting pork belly is cured with peppercorns and rosemary and aged for four weeks. If you’re interested watching the process, The Food Building offers guided and self-guided tours every afternoon Tuesday through Friday (learn more here).

Mike, like so many farmers market vendors, loves to discuss his craft. You can get a chance to talk to Mike and the rest of the Red Table Meat Co. team at the upcoming Mill City Farmers Market winter markets on March 25, April 8 and April 15 inside the Mill City Museum (704 S. 2nd St., Minneapolis, MN 55401) from 10 a.m. to 1 p.m. At the market you can also pick up pancetta and the other local ingredients you need for this delicious creamy vegetable soup! 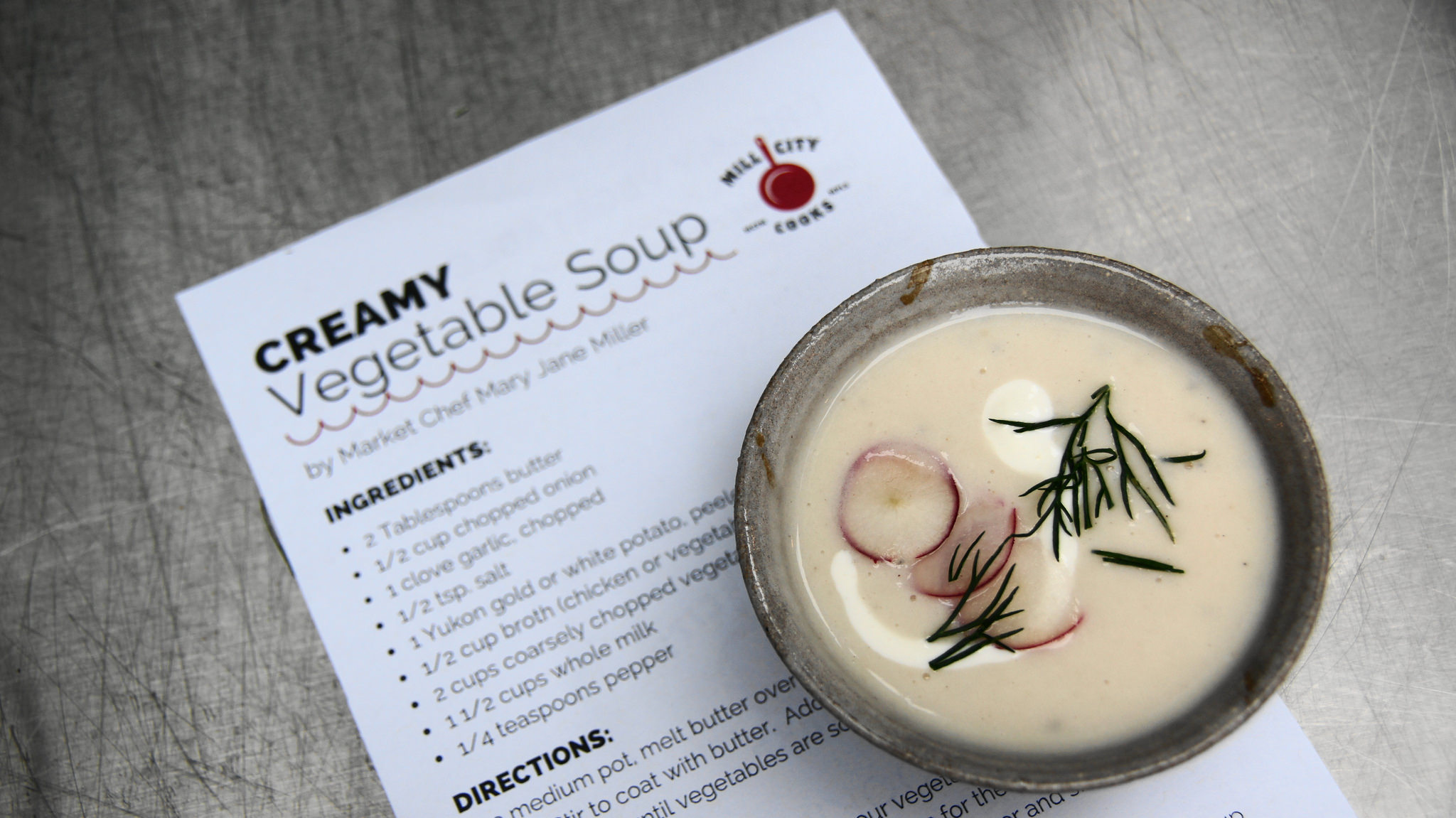