Originally published in The Journal on March 8, 2018.

Now, I know there are two feet of snow covering your junipers and boxwoods right now–I’m talking about drinking vinegars. Shrubs are a mixture of vinegar, sugar, fruits and herbs created to be mixed with soda water for a dynamic sweet-and-sour beverage or with liquor for a simple, flavorful cocktail.

Shrubs and other vinegar-based drinks–like switchels, which we see popping up on craft cocktail menus and in little bottles at farmers markets–have much of their history in Colonial America.

Before the invention of refrigeration, vinegar was used to preserve fruit. The syrup that is produced during this process became a widespread drink. Everyone from field workers and slaves who mixed them with water to stay hydrated to patrons of big city saloons enjoyed this combination of vinegar, sugar and fruit. Shrubs’ history can date back even further to ancient cultures in Persia, China and the Caribbean where vinegar drinks are still very popular on warm days.

The multi-dimensional flavor of shrubs is what originally drew Phil Calvit, owner of Minneapolis-based Calvit’s Shrubs, to the craft. 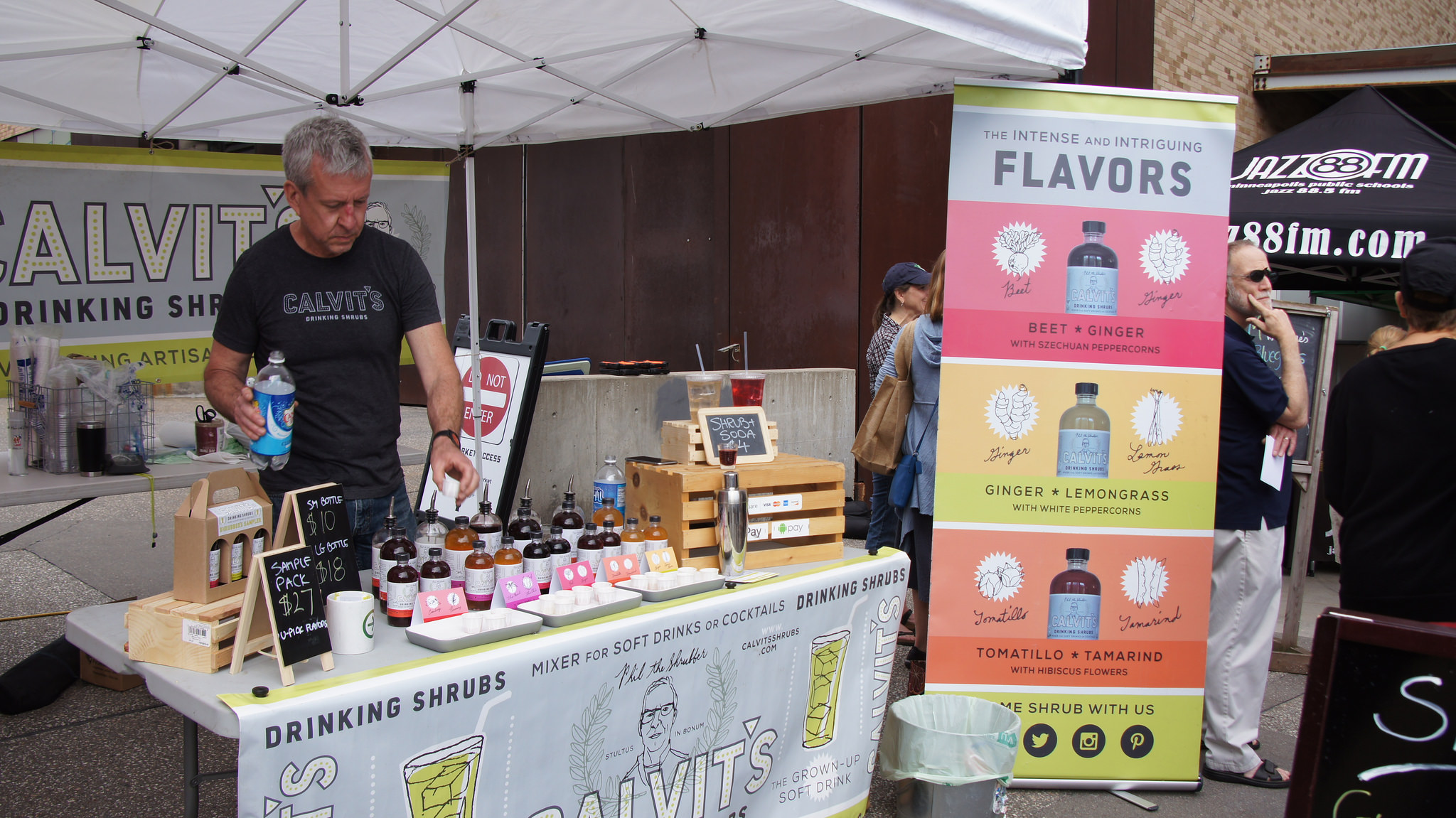 “I started making shrubs when I needed something interesting to drink after I quit drinking [alcohol],” says Phil. “I started playing around with different flavor combos myself, and enough friends and relatives told me, ‘Man, this stuff is delicious!’ that I decided to try selling it.”

His shrubs feature unique flavors like Tomatillo/Tamarind with Hibiscus, Beet/Ginger with Szechuan pepper, and Thai Basil with Lime Leaf. They’re great with club soda for a dynamic soft drink, or with a shot of liquor for craft cocktails at home. They also make fantastic gifts.

Shake aquavit and shrub with ice. Pour into a martini glass. Add a squeeze of orange juice and a grind or two of fresh ground black pepper.

A non-alcoholic option that hits a lot of the same tart, tangy, sweet, floral, spicy notes as a rosé (and, yes, looks lovely in a wine glass).

Combine ingredients in a wine glass. Almost too simple, right?

Named in honor of the Shrubber’s home turf.

Stir together the bourbon, shrub and lemon juice. Pour into a low ball over ice. Top with club soda and garnish with a twist of lemon.