For the past four generations Carlos Palacio’s family has been growing and harvesting coffee in Huehuetenango, Guatemala—a region renowned for growing some of the world’s finest Arabica coffee. In 2000 and 2001, coffee prices crashed because of issues in the larger supply chain. This had an enormous impact on the livelihoods of coffee farmers throughout Guatemala. Many farmers began selling their land in order to support their families. Despite the hardship, the Palacios family continued to grow and harvest coffee, even though the prices declined significantly.

Around this time, Carlos met his wife Katie when she, originally from MN, was a Peace Corps volunteer in Guatemala. She spent a significant amount of time working on the Palacio’s coffee farm and talking with the family about trying to export the coffee directly to the United States instead of using a “middle-man” export company. In 2004, Katie and Carlos first started selling coffee, bringing it to the United States in their suitcases and selling the coffee to friends and family. Everyone loved the coffee, and in 2007, Katie and Carlos started their small business, Café Palmira. They began selling Café Palmira coffee at farmers markets in Minneapolis and St. Paul, including the Mill City Farmers Market. The green beans of Café Palmira are now shipped directly from Guatemala to Minnesota and roasted to perfection weekly by UP Coffee Roasters Company in Minneapolis. 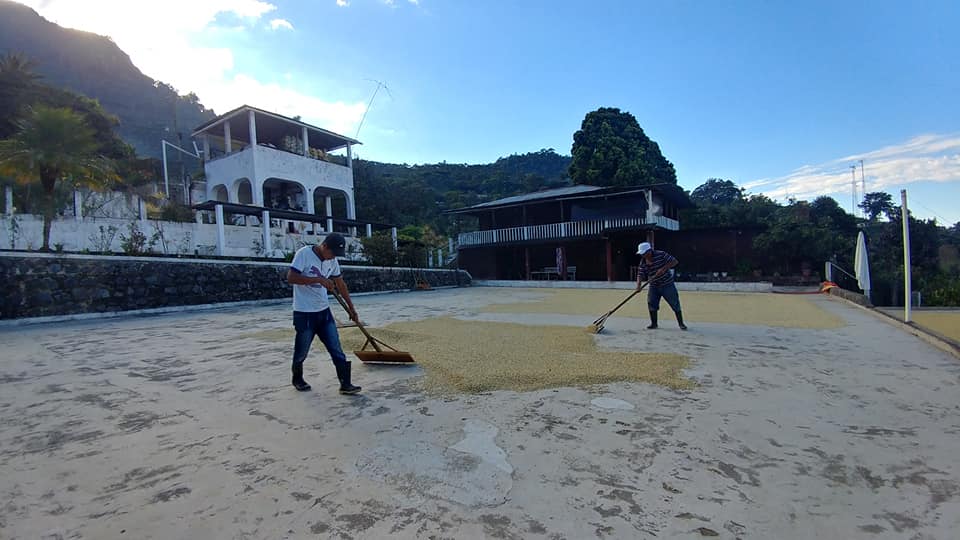 Café Palmira is not certified fair trade, however, you can still feel great about purchasing Café Palmira, as it comes directly from the Palacios family farm, eliminating the middle-man. Café Palmira is hand-picked and shade-grown at approximately 1500 meters, ideal conditions for producing the best coffee, according to traditional Mayan traditions. Shade-grown coffee creates more biodiversity and bird habitat with less need for chemical pesticides and fertilizers. This practice prevents deforestation and does not disturb existing wildlife.

Carlos spends his winters with his family, working on the farm in Guatemala, but the coffee beans are available at the Mill City Farmers Market’s indoor winter markets. Click here to see the schedule and learn more about the winter market! 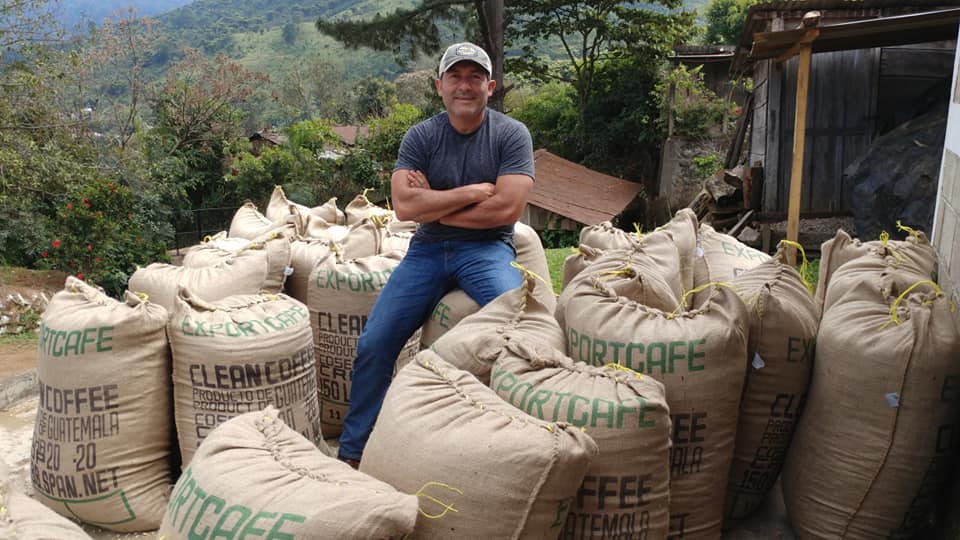 Carlos Palacios at his family farm in Huehuetenango, Guatemala