Originally published in The Journal on August 11, 2017.

While it’s obvious that the amount of vegetables we eat is crucial, the color of those vegetables is just as important if not more.

Eating a variety of colored vegetables provides vitamins and minerals that aren’t obtained from a restricted, monochromatic diet. Many dieticians argue what is most detrimental to the American diet is the lack of variety. Red, green and orange tend to be our go-tos, excluding many vibrant purple, yellow and pink vegetables for just that — their color.

Eggplant is a versatile vegetable. Many people avoid them because of their texture, but this flaw turns out to be one of their greatest features.

Eggplant can greatly benefit people who choose a vegan or gluten-free diet, as they are an easy substitution for lasagna noodles. Their chewy texture mimics the taste of noodles, especially when cooked. Eggplant can be thinly sliced, roasted with some olive oil and Italian-style spices (rosemary, thyme, oregano, etc.), and then incorporated in layers with sautéed vegetables, vegan or regular cheese and pasta sauce, then baked just like traditional lasagna.

If the bitterness of eggplants is what keeps you away, try sweating it. After cutting the eggplant, place it in a single layer on a baking sheet and cover with a moderate amount of salt. Cover and let sit on the counter, about 45 minutes. Rinse the eggplant to get rid of the excess salt and continue with the original recipe. This process reduces eggplant’s bitter taste and makes it tenderer.Avoid peeling eggplants. It’s not only a great time saver; the skin holds the vegetable’s phytonutrients that act as antioxidants in the body, protecting cell membranes from everyday wear and tear. Copper, a vital mineral, is also found in larger amounts in eggplant than in other vegetables. It not only protects bones and tissues, but also works alongside iron to increase energy.

Although it’s versatile, eggplant doesn’t stand well alone due to its lack of distinct flavor. Try it in the curry recipe that follows, adding other vegetables found at the farmers market to bring out eggplant’s earthy flavor. 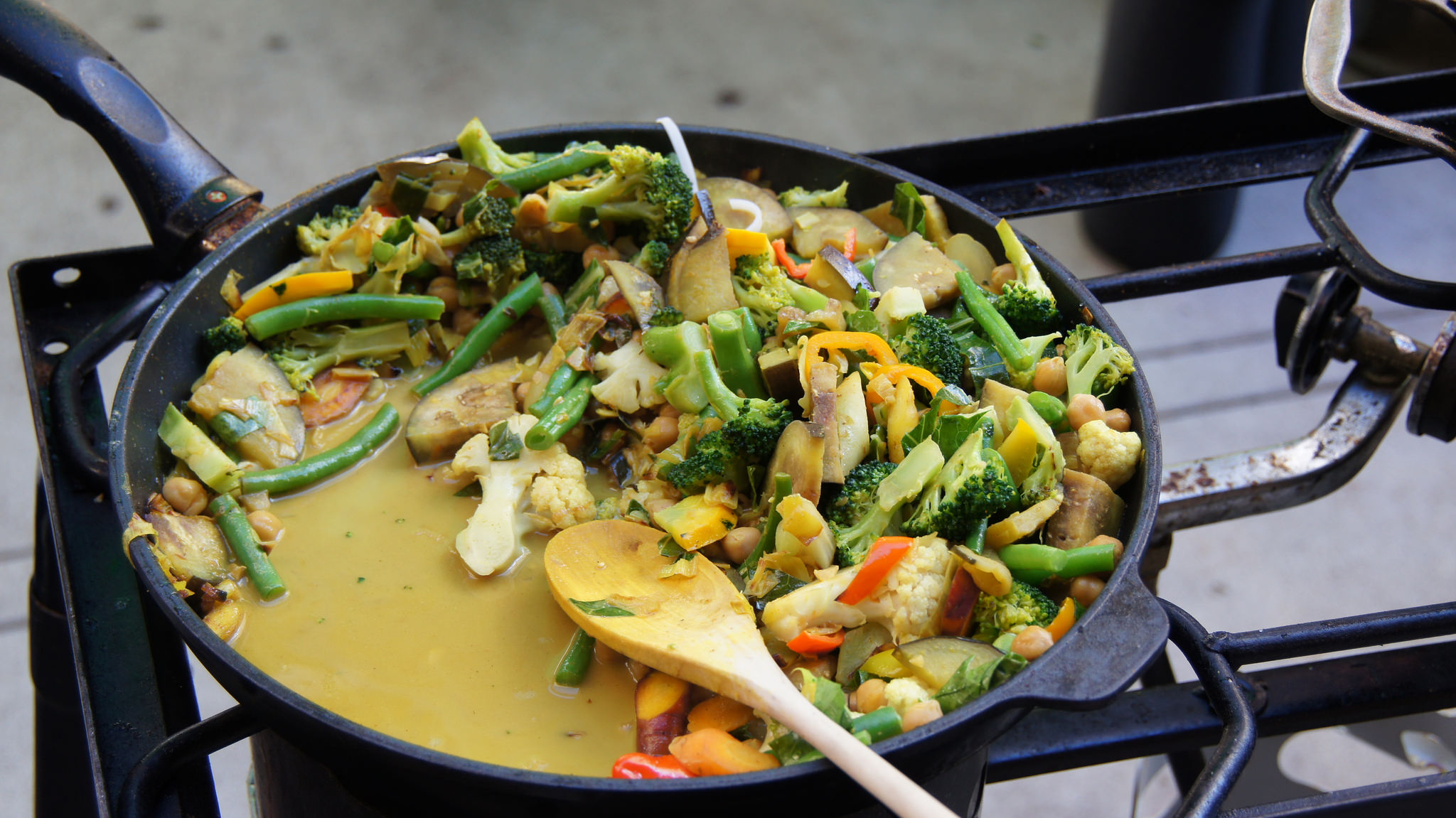