Growing up on her family farm, Mill City Farmers Market vendor Mhonpaj Lee did not envision herself assuming the business from her parents, but over the years has found purpose and a fitting lifestyle for her own family continuing the legacy of Minnesota’s first Hmong-owned certified organic farm, Mhonpaj’s Garden.

After her family emigrated to Minnesota from Laos, fleeing the Vietnam War, Mhohpaj Lee and her seven siblings grew up in near-poverty, but she says they never knew it. They wore pajama pants and party dresses to school paired with the hand-me-down tennis shoes from siblings, and they never paid much attention to the fact that they didn’t have what the other kids had. They thought they looked great.

“We thought the projects were how homes should look.”

Her parents always farmed to make ends meet, and at the end of the season they would blanch and freeze what they grew, and as a result the family always had good food to eat.

That sense of abundance, of never feeling what it means to go hungry or discern that the family actually had less than others, provided the foundation of Mhonpaj’s young life, though at the time she never quite knew it.

Working on the farm, playing on the farm, eating as an extended family at the farm, she thought it was the way everyone lived. And while it all came very naturally, it was still work. Hard work. It felt like an obligation, rather than a choice, so when she got old enough to decide, she left the farm to pursue a professional career, as did the rest of her siblings. A nurse, a sheriff, a counselor, a teacher: “All of them are successful,” she says.

“A lot of portrayals of living in poverty is that you are unsuccessful. That isn’t true.”

Mhonpaj was no different. She became a medical interpreter, trained as a sushi chef, and got her real estate license, all while being pregnant roughly every two years and raising their five children with her husband Phanat. She’s still in real estate, and recently asked Phanat if he knows what it’s like to try and look professional at house showings while simultaneously knocking ticks off of her neck– vagabonds from mornings at the farm. 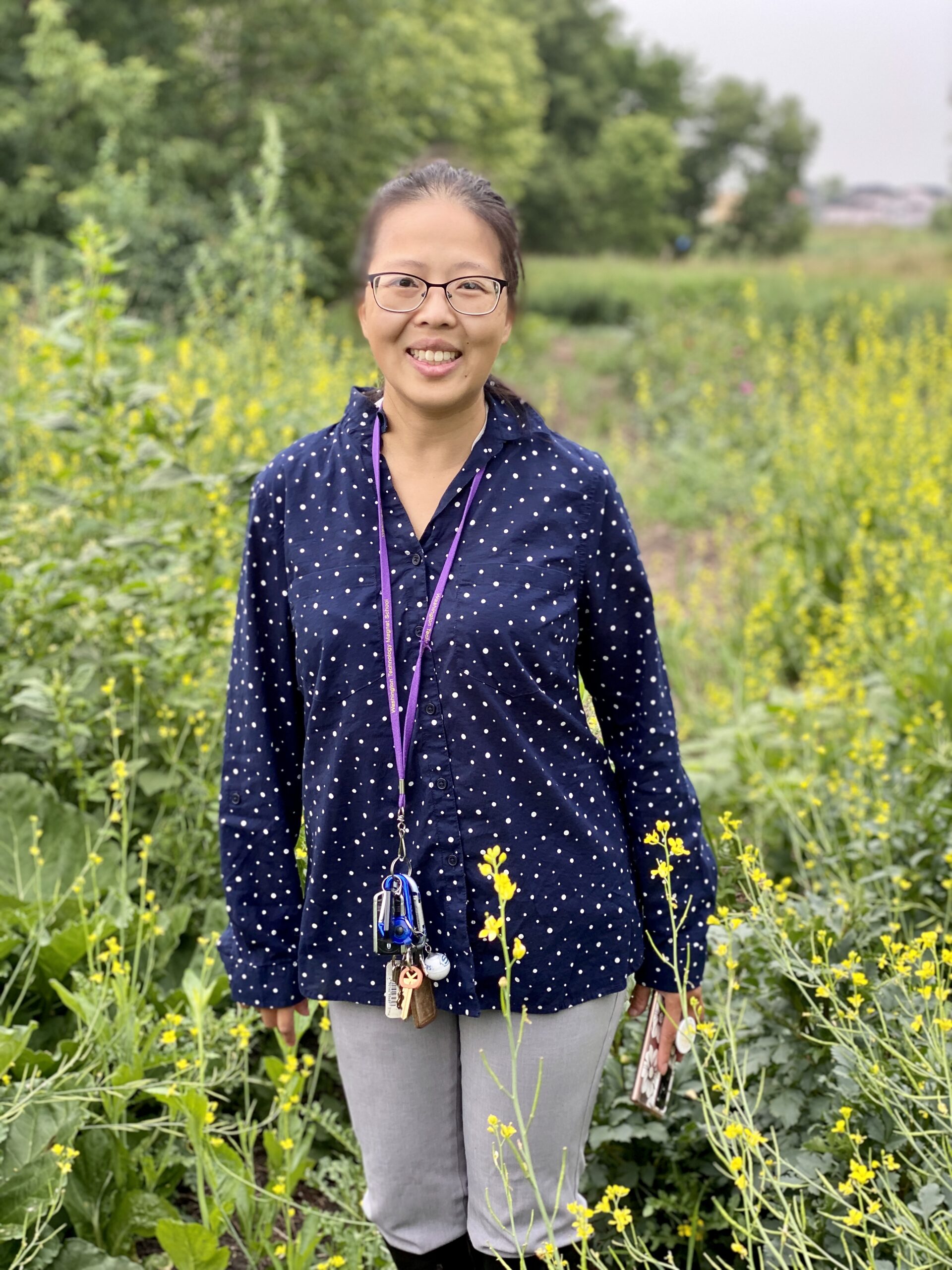 Still, she shifts seamlessly between the fields and selling houses. Well, mostly seamlessly.

As an adult, Mhonpaj said she despised gardening. “I said I’m never going to farm, ever again!” She and her family pushed on with their professional careers, but at some point, something started to feel missing.

When she traveled abroad to Honduras and Thailand, and met people living in abject poverty with no medical care, no shoes, and only cardboard boxes for shelter, she had an epiphany.

“What is my purpose?” She thought. “If you can teach a family at a time to have enough food– that’s sustainable.”

Slowly, yet surely, she felt a pull back to the land.

“If you have an issue, if you need some kind of therapy, you just need to come and farm.”

These days, when a friend has a problem, Mhonpaj invites them out to her family’s nine acres of organic vegetable and Hmong herb farm along the St. Croix river, and instructs them to weed a row while she weeds the adjacent one, and has her friend tell her all about their problem.

“And boom. At the end of 50 rows of bok choy, your problem is solved.”

She also asked me not to tell anybody, but sorry Mhonpaj– your secret is out. 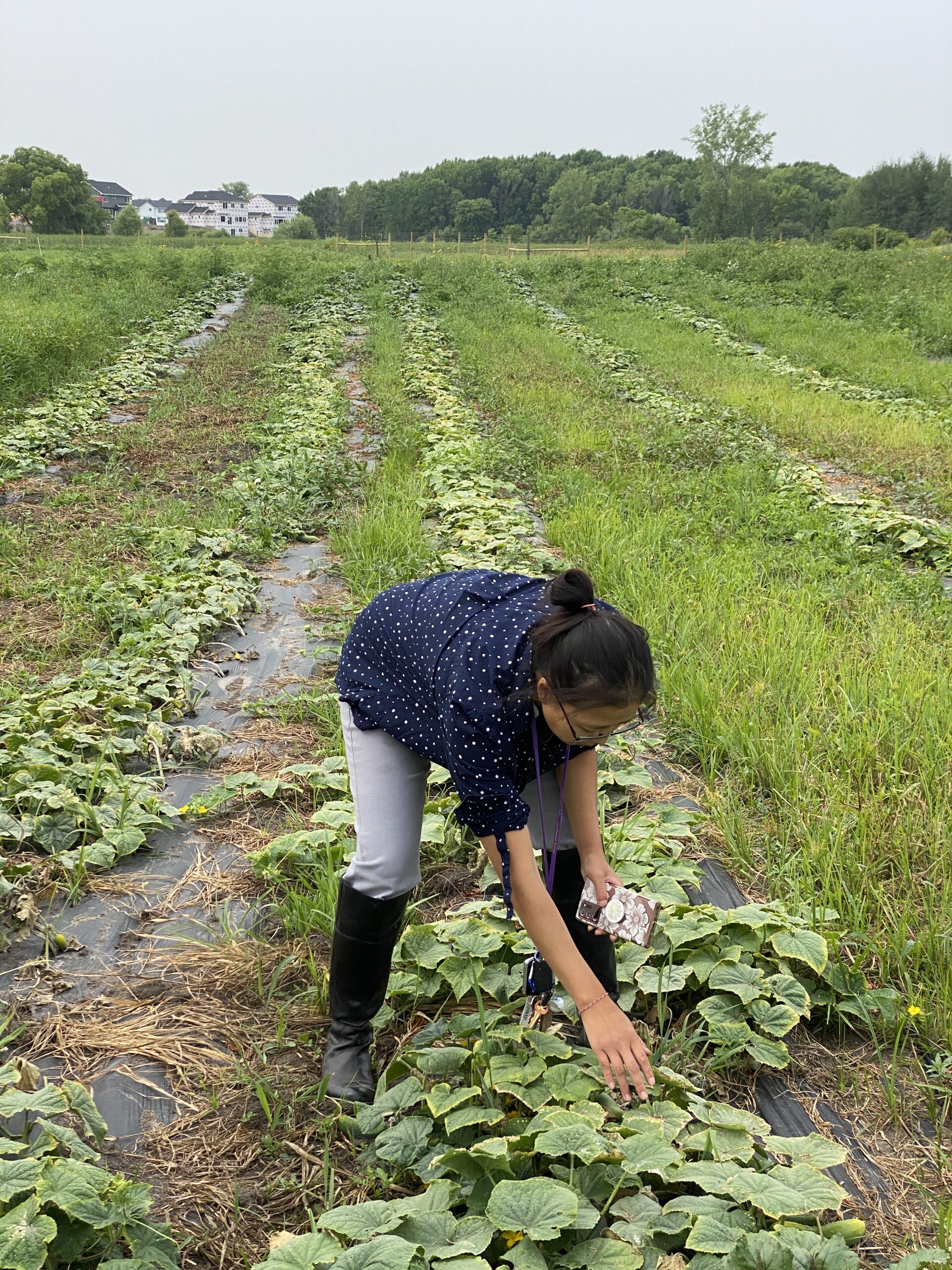 While she jokes facetiously that she’s getting free labor with her ad hoc therapy practice, there is something truly therapeutic in farming, she says, in spite of the precariousness of doing it with a dual career and a houseful of kids.

Mhonpaj says she didn’t feel ethical as a medical interpreter, standing by while physicians solved problems with pills– when she knew that nature has other wisdoms. She mentions, for instance, the Hmong postpartum diet that includes herbs and chicken soup. She and her sister Zongxee co-published a book, 30 Days of Purification, which identifies and describes the Hmong herbs used in the diet that has been practiced for generations.

When she started realizing that her kids didn’t know how to grow food, or cook, or understand the traditions that her family has been passing down each generation, she and her family decided it was time to buy their land.

Today, the family, which includes Mhonpaj’s mother May, own and operate the first Hmong-owned, certified organic farm in Minnesota, which now offers Mhonjaj a lifestyle surprisingly more conducive to the life she wants to live.

“I’m a night bird– offices don’t let you sleep until 10a.m.– people are so stressed because they’re sleep deprived.” Just like she did growing up, her kids work, play, and eat at the farm. Sometimes it surprises her a little, because she never thought she’d want to do the obligatory farming that it represented as a kid, but as it turns out, she says it’s dreamier than the American Dream of getting into a lot of debt to have more than what you need.

Both Mhonpaj and May educate other growers about organic practices and train emerging farmers as leaders with The Food Group‘s Emerging Farmers Conference and Big River Farms incubator farm.

And, she says, it’s not really just about “have to.” Without a life of farming, she says she felt like she was “shorting” her kids the beauty that comes from a life of growing and cooking food.

And yes, she says, it gets stressful. Super stressful.

“The things I do for these plants they’re like my children!”

So, Mhonpaj feels like she might have one more professional endeavor up her sleeve, for all of the over-stressed and overworked women and mothers among us:

“We’re going to wear huge hats, and rent Lamborghinis and paddle boards, and go to the winery, and every day is going to be happy day.”

She laughs as she says it.

You can find certified organic produce, herbs and CSA shares from Mhonpaj’s Garden at Mill City Farmers Market every Saturday in the train shed and on their online store. Follow them on Facebook for updates from the farm. 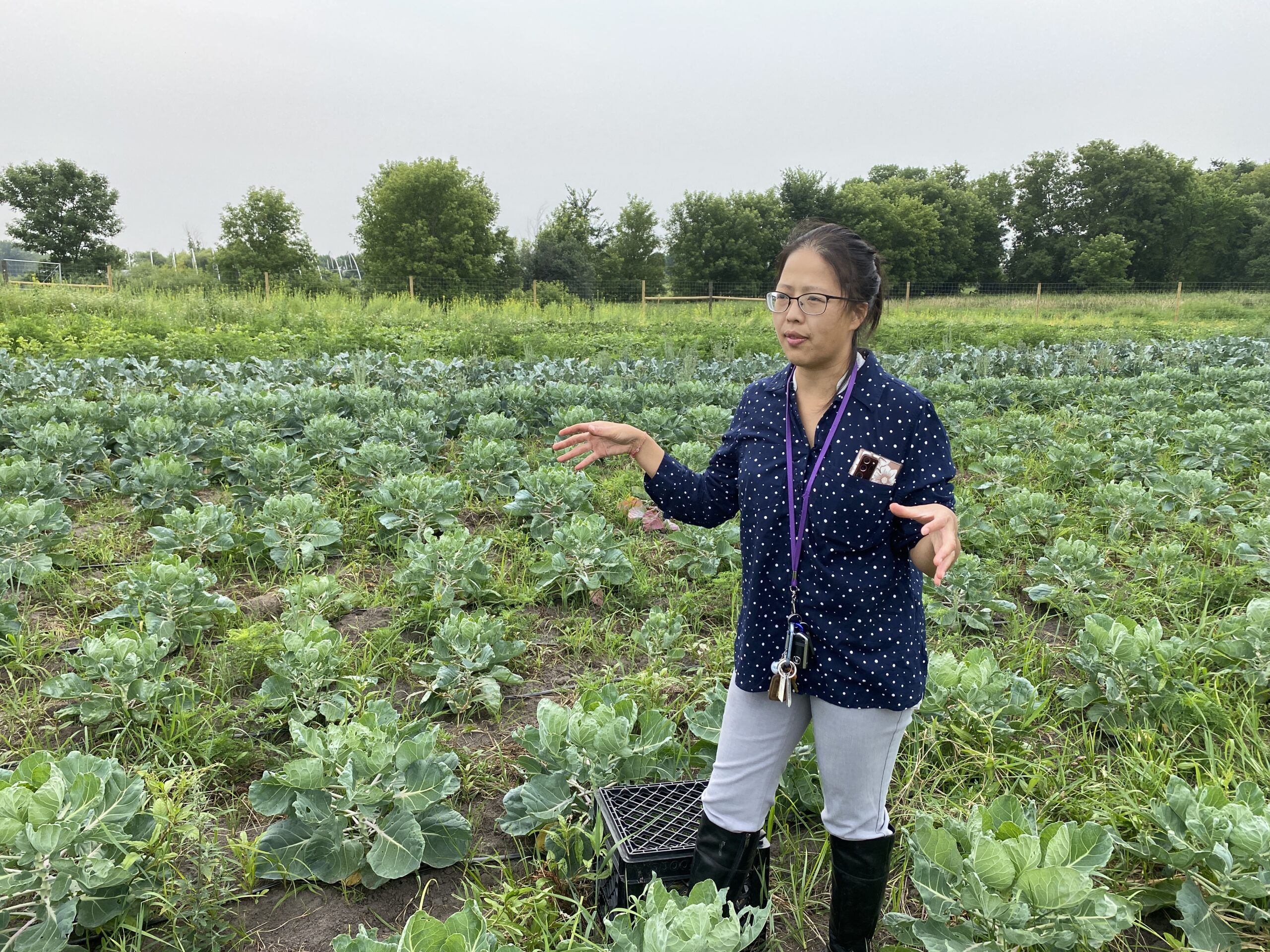 Thank you to our partners at Lakewinds Food Co-op for providing photography for this article. In 2021, Mhonpaj’s Garden received the Lakewinds Organic Field Fund Grant and Mill City Farmers Market Next Stage Grant for farm infrastructure improvements, including: installing a permanent fence to prevent crop loss due to pests and constructing a new culvert, which will provide easier access to their new 15-acre farmland in Hugo, MN. Learn more about this project and other’s by visiting millcityfarmersmarket.org/farmer-grants