It is entirely possible that you grew up with certain expectations about ripe fruits and vegetables—they are supposed to look a certain way. Tomatoes are red, peppers are green, and watermelons are pink, easy.  And really, there is no reason not to believe this, it is, after all, true. To some extent, that is. At some point while maturing into an informed consumer, however, perhaps you have ventured out to a friend’s garden, or down to the farmer’s market, and had your lifelong assumptions seriously challenged. Sunset pink, and green-striped tomatoes (that are ripe?), deep purple carrots, pale yellow peppers, and orange-fleshed watermelons. Where did these farmers find such terrifically unusual plants, what are they, and why on earth would anyone want to grow or eat them? The answer is that these plants are called heirlooms, they are indeed unique, and they are actually absolutely delicious.

Heirloom plants are, by definition, those that have been allowed to open-pollinate (in contrast to being cross-pollinated, as is the case with hybrid plants). When plants pollinate in this way, the seeds can be harvested and saved for planting the next year, which will further the individual plant line, creating offspring identical to the parent plant. This manner of farming encourages natural adaptation and helps to maintain biodiversity among plant species. Plants have the ability to adapt to climate and growing conditions, and will, over time, acclimate themselves to grow more proficiently in their individual surroundings. 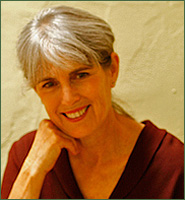 Hybrid fruits and vegetables—the type of plant most commonly grown and sold—have been engineered, through careful cross-pollination, to select for certain traits, such as disease resistance, appearance, hardiness, or size. The tradeoff for these qualities is often a loss of flavor, which is arguably one of the most important factors when you’re considering that we plan to eat the food, right? The fruits and vegetables also start to look the same, as genetic diversity is gradually lost. With the advent of modern, industrialized agriculture, the emphasis has switched from focus on the sensory experience of our food—flavor and texture, for example—toward increased production and yield. As more plants are crossed and more hybrid varieties are engineered, the overall variety found in the plant world continues to decrease, with more and more heirloom varieties becoming extinct, their unique genes lost forever.

Heirloom plants, on the other hand, have been allowed to adapt and produce naturally, which benefits not only the plant species itself, but also increases its health benefits and is kind to the environment, as growing heirlooms is a sustainable process. Heirloom seeds can be obtained one of two ways—by the harvesting of seeds from their respective parent plants at the end of the growing season or through a seed-saving establishment. Seed-saving organizations are cooperative groups of people who are committed to ensuring that heirloom plant varieties are furthered by exchange and distribution between farmers and gardeners around the country and even the world. These organizations represent important conservational resources for heirloom varieties, and a vital link between people who want to help maintain diversity among plant species and in the environment. Seed Savers Exchange is one well-known organization.

So there are a few lessons to take away today, first of all, be adventurous! Try that purple tomato, or the striped eggplant—the flavor will probably blow you away! Secondly, if you are a gardener, get in touch with a seed-saving organization, and start planting and harvesting your own heirlooms. You can play an important part in maintaining the diversity of our plant world, helping to keep all of the unique and fabulous varieties alive, protected from permanent extinction, and available for the next generation to enjoy!